Skin and hair pigmentation is caused by two different kinds of melanin granules (pigmentation): eumelanin and pheomelanin. The most common is eumelanin, a brown-black polymer responsible for dark hair and skin, and the tanning of light skin. Pheomelanin has a pink to red hue which for example gives the lips their reddish hue. When there is more pheomelanin than eumelanin, this gives rise to red hair and freckles.

Freckles are in fact a recessive genetic trait caused by a series of mutations in the melanocortin 1 receptor (MC1R), a gene located on chromosome 16. As a recessive trait it must be inherited from both parents. Consequently there are far more people carrying the mutation for freckles than people actually having them.

The severity of the freckles ultimately depends on other mutations regulating the general pigmentation of both the skin and hair. In Scotland, approximately 13% of the population are redheads, although 40% carry at least one mutation. However freckling is not limited to Northern Europe and can also be found in areas, such as Japan, where red hair is not seen.

People with Freckles do not have a larger number of the melanin-producing cells (melanocytes), but rather some of their melanocytes over produce melanin granules (melanosomes) hence making the coloration of the top layer of skin cells (keratinocytes) darker in certain areas of the skin in an uneven manner. As such, freckles are different from lentigines and moles.

The formation of freckles is triggered by exposure to sunlight. The exposure to UV-B radiation activates melanocytes to increase melanin production, which can cause freckles to become darker and more visible.

Freckles are not a skin disorder, but people with freckles in general have a lower concentration of photo protective melanin, and are therefore more susceptible to the harmful effects of UV radiation. Since we cannot change our own genetic component of freckling the main prevention measures are aimed at sun avoidance and protection. Treatments are also available to lighten or eliminate those freckles whose appearance bothers their owners. 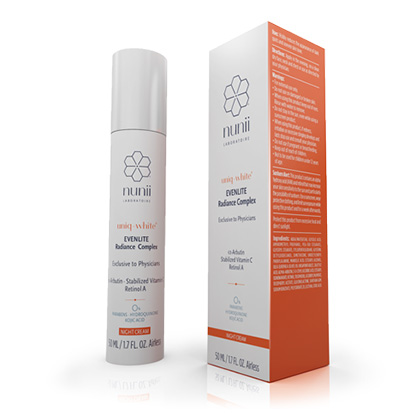